Energy Storage, The Next Wave Of New Energy Is Coming

Energy Storage, The Next Wave Of New Energy Is Coming

Another wave of new energy waves set off by electrochemical energy storage will soon come.

The idea of reserves is ancient.

The two-year storage and the nine-year storage refer to the need for the country to save materials in case of emergency, so as to prepare for a rainy day and be prepared.

And learning to be rich in five chariots and full of knowledge means that only by accumulating knowledge can you travel thousands of miles and become a river and sea. Whether it is a country or an individual, the importance of reserves is self-evident. This wisdom permeates all walks of life, especially energy.

The importance of energy such as oil and coal is related to the development of a country, the stability of society, and the life of the people. Therefore, all countries in the world regard energy as a strategic reserve resource.

Since entering the 21st century, environmental problems have become a factor that restricts economic development, and even affects the survival and destiny of human beings. With the proposal of the Kyoto Agreement and the Paris Agreement, countries around the world have reached an unprecedented consensus on the concept of carbon reduction.

In recent years, the progress of science and technology has gradually implemented carbon reduction through new energy technologies, and the economy also has the basis for large-scale promotion. At this moment, the concept of global carbon peaking, carbon neutrality and dual carbon came into being, and the wave of energy replacement also came. 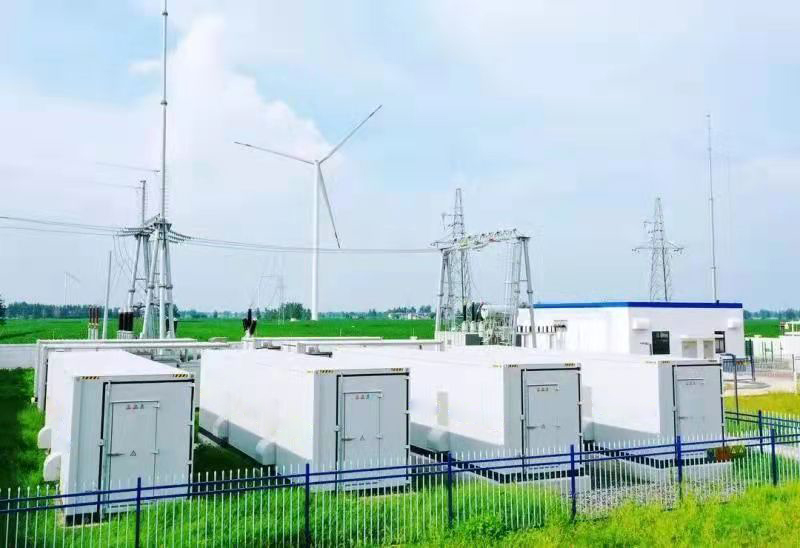 Energy storage is an important part of the future power grid

Photovoltaic and wind power generation rely on solar energy and wind power respectively, and these natural forces are naturally fluctuating and intermittent, and there is unpredictability in how much electricity can be converted into electricity.

As the sun rises and sets, photovoltaic power generation is destined to change accordingly, starting early in the morning, reaching its peak at noon and then falling back, and stopping at night as the sun sets.

Another problem caused by volatility is that the frequency of grid power supply is extremely unstable, and frequency fluctuation is one of the important indicators to measure the quality of power.

For example, the frequency change will cause the change of the motor speed, which will affect the quality of the product at light, and damage the machinery and cause an accident. Not only all walks of life will have defective products due to frequent changes, but residents' living electricity consumption will also be greatly affected.

Therefore, the harm caused by frequency instability is great, so how to ensure the stable value of the frequency of new energy power generation has become an urgent problem to be solved.

The current solution is really helpless.

With the increase of the penetration rate of new energy, the frequency fluctuations caused by the output disturbance of the power grid increase. From April to May 2021, the North China Power Grid experienced four consecutive low-frequency oscillations on the power supply side.

If the problem of power peak regulation and frequency cannot be solved, it will inevitably affect the replacement of new energy sources, and thus affect the achievement of the dual carbon goal.

The question at hand is whether there is a cleaner and more efficient solution to replace thermal power?

The answer is yes. From the perspective of long-term development, the idea of reserving electricity in advance came into being, and energy storage moved to the center of the historical stage.

On the one hand, by shaving peaks and filling valleys, it can solve the problem of mismatch between power generation and electricity load during peak and valley periods; on the other hand, it can participate in the provision of auxiliary power services to solve the instability of the power grid caused by the volatility and randomness of wind and solar power generation.

In addition, the storage and release of energy through the energy storage system provides additional capacity support, absorbs excess electricity, reduces “abandoned wind and solar energy” and instantly connects to the grid.

At this time, everything is ready, except for the east wind.

Historically, the development of the industry has always been inseparable from the support of policies. The pace and intensity of changes in policies often indicate the maturity of the industry.

The core link of energy storage

The future of the battery energy storage industry is bright.

The replacement of traditional energy by new energy power generation is deterministic.

However, the uncertainty caused by its own volatility and intermittency makes the new energy power supply have a demand for peak regulation and frequency regulation.

On the path of energy substitution, the leg of new energy power generation has to rely on energy storage to connect to the top, so that it can walk like a fly. Obviously, energy storage is an indispensable part of the future power system.

Energy storage technology based on battery technology is an important part of it. Under the premise of performance advantages, it has gradually become economical and has the basis for large-scale promotion.

Another new energy wave set off by battery energy storage will soon come.