In September 2021, more than a dozen provinces introduced different degrees of power curtailment measures, the tipping point is that the coal price seriously deviates from the break-even point of the power plant, and the more the coal power plant generates, the greater the loss. Driven by the "double carbon" target, the proportion of new energy installed capacity in China has increased, increasing the volatility of the power grid and increasing the peak regulation pressure in various provinces. 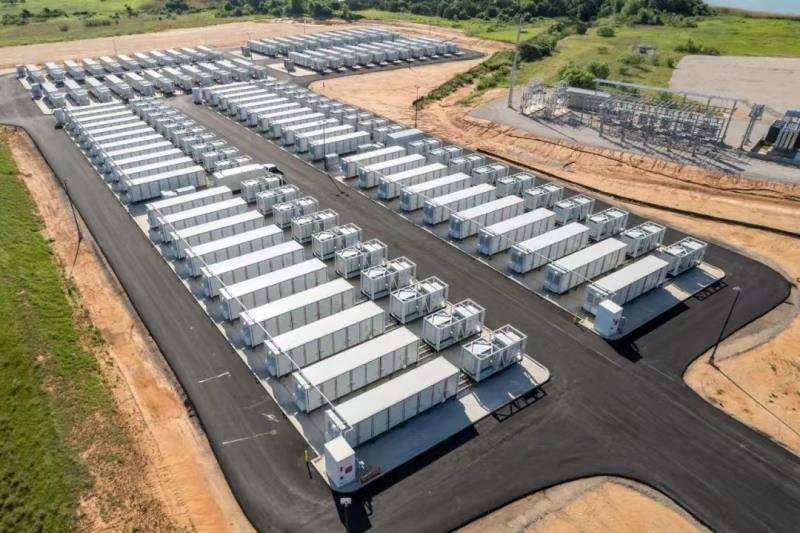 According to statistics, since 2021, 24 provinces across the country have announced that during the "14th Five-Year Plan" period, more than 639GW of new wind power and photovoltaic installed capacity have been added. In order to ensure a reliable and safe long-term power supply, it is necessary to build a new power system with new energy as the main body.

A large number of new energy sources has an impact on the safe and stable operation of the power grid. According to the State Grid forecast, in 2035, the installed capacity of wind and light will reach 700 million and 650 million kilowatts respectively, and the maximum daily volatility of wind power and photovoltaics in the country is expected to reach 156 million and 416 million kilowatts respectively, which greatly exceeds the current power mediation capacity, and it is urgent to rebuild the peak regulation system and dispatching system to cope with the adjustment capacity of the daily power fluctuation of about 500 million kilowatts of new energy.

From 2021 onwards, the national level has successively issued a series of programmatic documents to insert "wings" for the rapid development of new energy storage construction from the aspects of top-level design, market mechanism, price mechanism, and scheduling mechanism.

According to the statistics of the Energy Storage Application Branch of the China Chemical and Physical Power Industry Association, from January to May 2022, 297 local energy storage-related policies were introduced. It can be divided into four categories: supply side, demand side, subsidy policy and the market mechanism.

1. Supply side: Focusing on the 14th Five-Year Plan for energy in various provinces, anchor the installed scale of new energy, adhere to the equal emphasis on centralized and distributed, promote low carbon in the fields of transportation, industry and construction, vigorously develop new energy storage and expand the aggregation application of energy storage。

China's high-quality wind and photovoltaic resources are located in the western and northern regions, but the main force of electricity consumption is on the southeast coast (86.5% east of the Huhuanyong Line), the policy in the northwest region mainly revolves around the wind and solar base, in March 2022, the National Development and Reform Commission and the National Energy Administration issued the "Planning and Layout Plan for Large-scale Wind Power photovoltaic Bases Focusing on Desert, Gobi and Desert Areas", and the total installed capacity of the wind and photovoltaic base reached 455GW.

The relevant policies of energy storage in the northwest region mainly focus on the construction goal of the national new energy base, and promote the "source network load-storage integration" project, in addition, the western region is rich in lithium resources, and many provinces have introduced clear planning and support policies for the layout of the energy storage battery industry.

In addition, since the launch of the "East Counting West Calculation" project, around the energy saving and security needs of big data centers, provinces have also put forward development plans to support the construction of energy storage facilities in big data centers.

In addition to offshore wind power in Guangdong and Fujian, high-quality wind and solar resources are concentrated in Yunnan, but the terrain in Yunnan is difficult to develop, and vigorously developing Yunnan new energy will further worsen the current situation of renewable energy consumption。

2. Demand side: According to the special situation of each province and city, the power generation side will introduce the proportion and number of hours of new energy allocation and storage; The grid focuses on the importance of distributed energy storage, as well as further clarifying the compensation mechanism for auxiliary services; The user side has introduced policies related to the guarantee of power supply in the peak summer, as well as policies focusing on low carbon in the field of transportation.

From 2021 onwards, in order to promote the allocation of new energy and energy storage and reduce the impact on the power grid, various provinces and cities have successively introduced relevant policy documents, which have certain requirements for the proportion of energy storage configuration and the number of charging hours, the configuration ratio is generally 10-20%, and the configuration time is usually 2 hours. However, with the high price of battery raw materials, the price of batteries continues to rise, the cost of compulsory storage projects is difficult to sustain, and the willingness of new energy enterprises to allocate storage is very low.

Some provinces and cities have clearly found that due to the differences in resources and power development status in various places, the one-size-fits-all ratio of strong energy storage is not conducive to the healthy and sustainable development of the industry, under the original policy, additional supplements to the construction of energy storage can be subsidized policy, such as Zhejiang Obligation stipulates the policy of 5 million yuan as the subsidy ceiling during the "Fourteenth Five-Year Plan" period.

From the technical point of view, the construction of a new power system not only needs to rely on the large power grid structure to develop centralized dispatching technology, but also needs to respect the facts and laws of the rapid development of new energy and support the construction of a distributed energy system. From January to May 2022, Hebei Province, Zhuji City, Zhejiang Province, Shandong Zaozhuang and other provinces, autonomous regions or prefectures have put forward requirements for the supporting construction of distributed photovoltaics.

3. Subsidy policy: The subsidy policy from January to May 2022 is mainly for user-side energy storage and new energy vehicles and the surrounding industrial chain.

The electrification rate of terminals contributes 20% to the achievement of the "double carbon" goal, especially in the transportation and construction sectors. Therefore, Guangxi, Yunnan, Guangdong Shenzhen, Hainan, Chongqing, Zhejiang, Sichuan Chengdu and other provinces have introduced special subsidy policies for the charging of new energy vehicles.

The revision of the "two detailed rules" in the south has greatly improved the depth compensation standard and effectively stimulated the enthusiasm for the flexibility transformation of thermal power. Clarify that market-oriented electricity users are in accordance with "who provides, who profits; Who benefits, who bears" principle of compensation and apportionment, auxiliary service costs have a channel to the downstream transmission, which helps to encourage the construction of new energy with energy storage.

In addition to the operable electricity price policy, key policies for energy storage at the national level have been introduced one after another, and market mechanisms or subsidy policies with local characteristics have been successively issued around the national policy at the local level. With reference to the current business model of achieving preliminary economic benefits, as well as the operating model of overseas mature markets, local policies should be further formulated according to the resource situation and power consumption characteristics of each region, so as to guide the cost of energy storage and promote the long-term healthy development of the energy storage industry.