New energy storage is ushering in a period of historic opportunity

New energy storage is ushering in a period of historic opportunity

From the "guiding opinions on accelerating the development of new energy storage" issued on July 15, 2021, to the "14th five-year plan" new energy storage development implementation plan released on March 21, 2022, after only 8 months, the national promotion of the top-level policy design of new energy storage must be urgent and important, and the "14th five-year plan" released in October 2021 the opinions of the CPC central committee and the state council on the complete, accurate and comprehensive implementation of the new development concept to do a good job in carbon peaking and carbon neutrality also let us see that energy storage plays a role in "improving the power grid's ability to consume and regulate high-proportion renewable energy" in achieving carbon peaking and carbon neutrality. not only that, the convenience, flexibility, and safety of emergency backup power and even conventional power supply are all new energy storage. 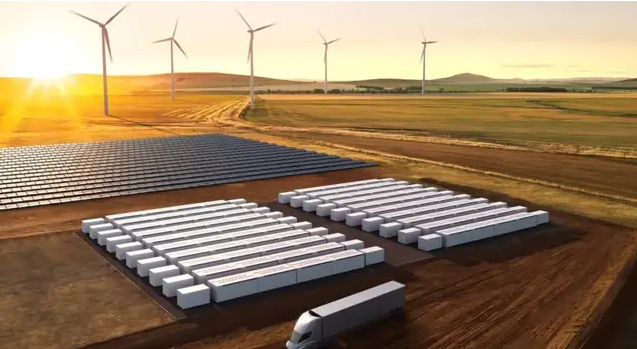 On March 22, 2022, the "14th five-year plan for modern energy system" issued by the national development and reform commission and the national energy administration once again raised the large-scale development of new energy storage to a new height, which pointed out that new energy storage and hydrogen energy are expected to develop on a large scale and drive fundamental changes in the form of energy systems, build a new power system with a gradual increase in the proportion of new energy, and diversify the technical route and development mode of energy transformation. a day later, on March 23, the "medium- and long-term plan for the development of hydrogen energy industry (2021-2035)" was grandly introduced, and the roadmap for the development of hydrogen energy and fuel cell vehicle industry pressed the fast-forward button. compared with the specificity of hydrogen energy, the new energy storage itself is a strategic emerging industry with innate technological innovation, and its diversified technical route has its wonderful features, whether it is short-term energy storage or long-term energy storage, there is room and room for play, whether it is on the power side, the power grid side or the user side, there are application scenarios that can be optimized and matched.

in the face of the tough period, the challenge lies in whether the new energy storage industry operates safely and efficiently, whether its scale level can reach the development and consumption capacity of wind and photovoltaic storage, whether it can make up for the gap in the complete redundancy of the power grid, and the urgent needs of industrial and commercial households.

in the face of the window period, the challenge is whether the wind and solar storage can reach the expected goal, and realize the collaborative optimization and multi-energy complementarity of source-network-load-storage.

in the face of the innovation period, the challenge is how to reduce costs and increase efficiency, so that new energy storage can meet the needs of the market. for example, the "14th five-year plan" new energy storage development implementation plan specifically proposes that by 2025, in order to make electrochemical energy storage technology reach the goal of increasing costs by more than 30%, the task of tackling tough problems is obviously heavy, and the choice of different energy storage battery technology routes is also full of difficulties.

in the face of the consolidation period, the challenge lies in whether the business model of new energy storage can be truly established, and the service value can be better played around the established unified power system and market.

Our expandable battery storage solutions can be housed inside or outside in a number of configurations. Contact one of our in-house experts for advice on the system best suited to your needs.