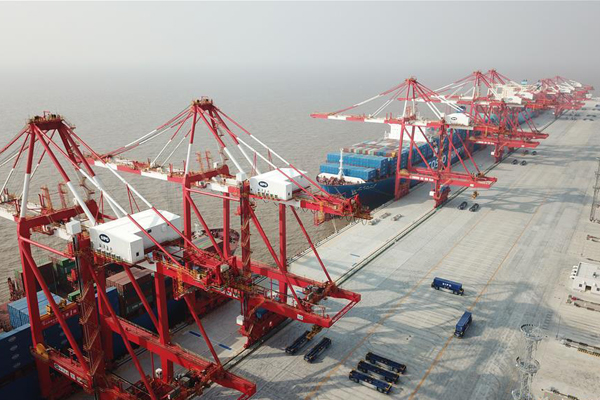 Once it enters full operation, the fourth phase of the Yangshan Port will initially be able to handle 4 million TEUs (twenty-foot equivalent units). The number will expand to 6.3 million TEUs at a later stage.

The project uses automated handling equipment designed and manufactured in China. The machinery used in loading and unloading, including a bridge crane, an automated guided vehicle (AGV) which used super capacitor in it's energy storage system and a rail-mounted gantry crane, are all made in China.

A domestically developed automated management system is also used at the port to maintain safety and efficiency. "The automated terminal not only increases the port's handling efficiency, but also reduces carbon emissions by up to 10 percent," said Chen Wuyuan, president of Shanghai International Port Group.